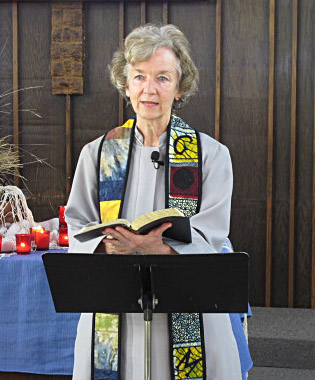 Rev. Dr. Mary Maaga has a diverse background in education and ministry which you will hear reflected in her preaching and teaching.  Pastor Mary, as she prefers to be called, has a Bachelors Degree from UC Davis in Political Science/Public Service and worked as Administrative Assistant to the Mayor of Sacramento in her early twenties.  After experiencing a call to ministry, she attended San Francisco Theological Seminary, where she met her husband Rev. Boikanyo Maaga, who was a visiting seminary student from South Africa.  After receiving her Master of Divinity, and serving as a youth director in Sacramento and Walnut Creek, Pastor Mary studied at Drew University in New Jersey, where she received a PhD with distinction in Religion and Society.  Her thesis on the Jonestown massacre was published as Hearing the Voices of Jonestown: Putting a Human Face on an American Tragedy.  In addition to serving as a Pastor in local Churches in New Jersey and California, Rev. Dr. Maaga was a Professor of Religious Studies at the University of Stirling in Scotland.  She is a fully ordained Elder in the California-Nevada Annual Conference of the United Methodist Church.

She is happy to sit with you and hear what your questions are about God and what your struggles are about life. Pastor Mary cares.

Located at the corner of 6th and C in historic downtown Galt.

In Person Worship Sundays at 10am